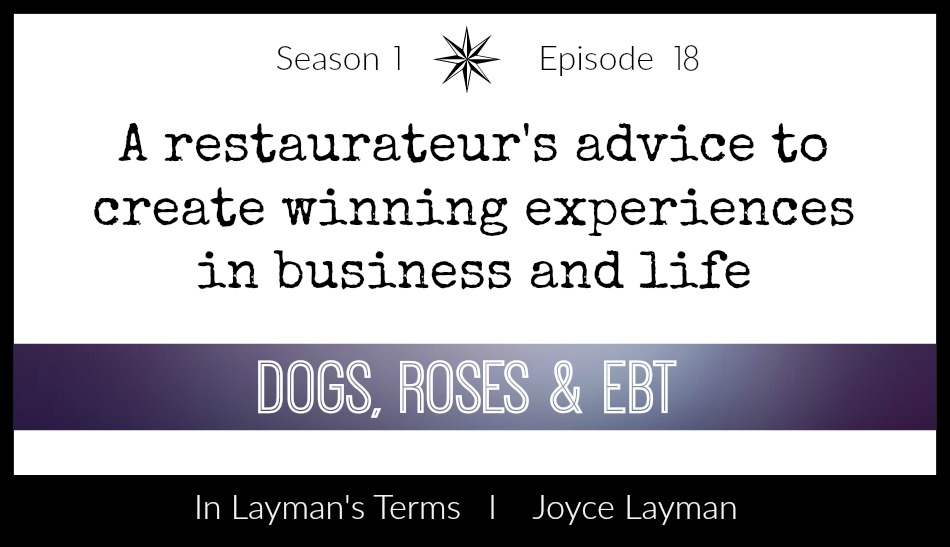 No matter if it was great coincidences or connections, Ed Holland has been blessed with both in his career.

Ed’s restaurant career started with a chance meeting while in college (a great story) and grew from there. He became friends with UMB’s CEO Crosby Kemper Jr. when he managed the Magnolia II restaurant. Based on his track record, it was an easy decision for Mr. Kemper to ask him to open and manage EBT. The restaurant paid homage to the former Emery Bird Thayer department store in downtown Kansas City (another great story).

During the past 39 years, Ed Holland has worked hard at being a successful restaurateur and leader as well as actively giving back to the community. As you’ll hear on the podcast, he never slows down, even in his spare time.

You can listen to episode 18 here.

Ed is a great storyteller so this episode is a little longer than most as there was so much wisdom to share. The laughs are an added bonus!

You can find all of the In Layman’s Terms episodes on iTunes, Stitcher and Google Play. A new episode is released every two weeks so sure to subscribe for automatic updates. And if you’re so inclined, connect with me on Twitter or drop me a line at [email protected]

Stay tuned for episode 19 – The Winds of Turbulence with Howard Putnam, the former CEO of Southwest and Braniff.