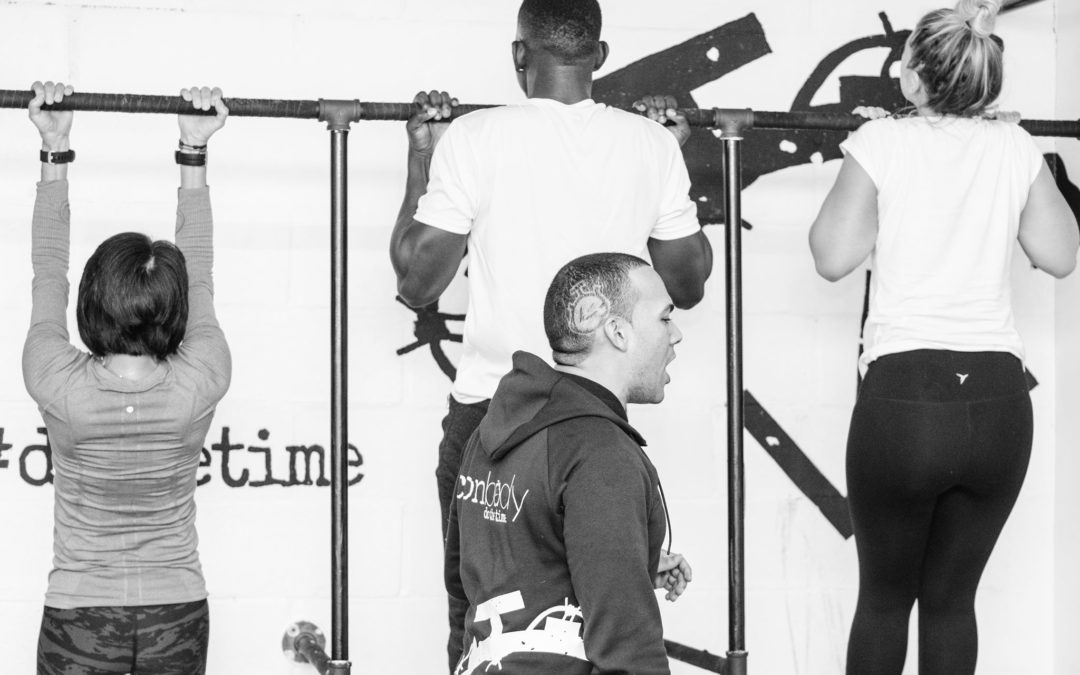 Coss Marte knows he beat the odds in more ways than one. By age 19, he was making $2 million a year running one of the largest drug delivery services in New York. He did not do drugs; he just sold them. At the age of 23, he was arrested and faced 12 to 24 years which was eventually reduced to seven. Upon entering prison, the medical unit told him he could die in prison because at 5’8″ and 230 pounds; he was overweight with dangerously high blood pressure.

A year before he was scheduled to be released, Coss ended up in solitary confinement. During that time, he had a spiritual awakening. He refocused, starting working out in his cell and without any equipment, lost 70 pounds in six months. He also helped 20 inmates lose over 1000 lbs. It was during an Alcohol/Substance Abuse Treatment meeting where he came up with a business plan, and the idea for Conbody was formed.

After Coss had been released, he applied the same marketing tactics that he used to build his drug business to build his fitness business – Coss Athletics. Thanks to the help of Defy Ventures, he entered a business pitch competition and was awarded $100,000 via Shark Tank’s Barbara Corcoran and the Young President’s Organization to open Conbody Studios.

In this episode of In Layman’s Terms, Coss shares why:

Not only is Coss intent on growing his company, but he is also on a mission to give formerly incarcerated individuals the opportunity to turn their lives around by becoming Conbody trainers. One being Sultan Malik, head trainer, and VP of Conbody. Sultan was recently a finalist in the America’s Most Inspiring Trainer competition co-sponsored Well+Good and Reebok.

As Coss stated in his Elle Magazine interview, “This is definitely going to be a movement that’s going to be nationwide–maybe even international. Without an opportunity, these people go back to prison because they don’t have a job, or they’re not hireable,”…..” I want to change that.”

Even if you don’t live in New York, you can still have access to Conbody training through Conbody Live – online workouts for only $5 a month. You can enroll for free for 30 days. #dothetime

If you’re a TEDx fan, check out the two talks Coss has done. From Kingpin to Entrepreneur at TEDxHudson and Making a Living Out of Prison at TEDxWanChai.

And….if you happen to have a connection to the corporate team at Soul-Cycle, Coss would appreciate an introduction!

For the rest of the In Layman’s Terms episodes go to iTunes, Stitcher and Google Play. A new episode is released every two weeks so sure to subscribe for automatic updates.

You can find me on Twitter, Instagram, and LinkedIn or feel free to drop me a line at [email protected]