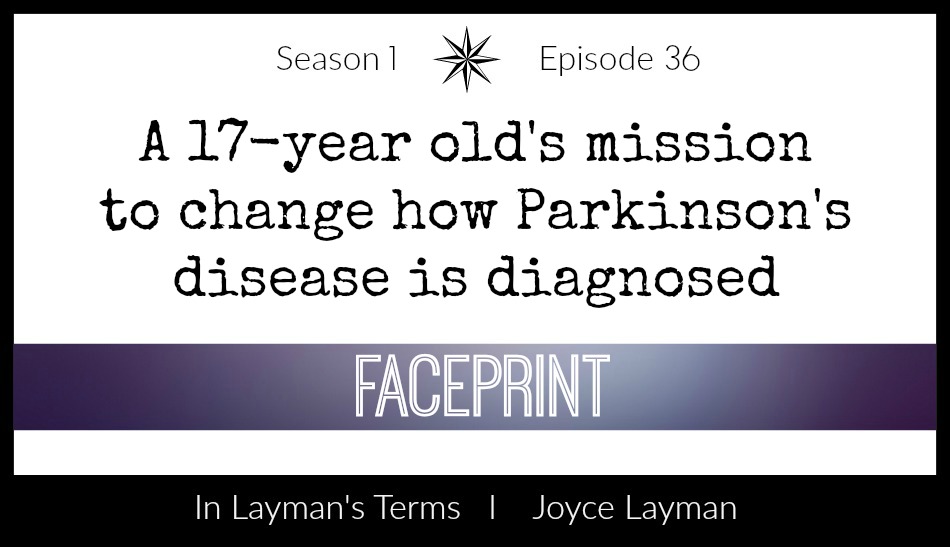 “You’re running into problems almost daily, so it’s just kind of changing your mindset from, ‘It’s going to be perfect,’ to, ‘I’m going to do this repeatedly… and the short-term details are going to be flexible and change.’” ~Erin Smith

While most high school students are taking time off this summer, Erin Smith is attending the Research Summer Institute at MIT where she will be continuing her explorations into algorithms for the FacePrint app she developed.

As a perpetually curious seventeen year old, Erin spent hours experimenting with her mom in their makeshift kitchen laboratory. As she aged, her ideas and research have moved out of her kitchen and into the real world and she’s making her mark in the STEM community.

FacePrint is a novel, telemedicine diagnostic tool for Parkinson’s disease utilizing early stage Parkinson’s disease facial biomarkers that she discovered and quantified. FacePrint has received national attention including winning the #BUILTBYGIRLS Challenge at Twitter Headquarters along with being recognized by the Michael J. Fox Foundation.

In this interview, Erin shares the science, struggles, and successes of her research, finding resources and starting a business as a high school student. If you think you’re busy, she also has productivity insights to offer.

Erin’s work has been featured in several articles both locally and nationally:

If you are interested in participating in upcoming research, please email [email protected] For any other requests, feel free to reach out to Erin at [email protected] and be sure to connect with her on LinkedIn.

Along with developing FacePrint, participating in science competitions and going to high school, Erin is also an activist and the founder of KC Steminists, an AspireIT program that started this year that is a partnership with the National Center for Women in Technology and United Nation’s Foundation Girl Up Program. KC Steminists is a program for middle and high school students that focuses on greater exposure to opportunities in science and technology, with a focus on entrepreneurship and creating sustainable community solutions.

You can find all of the In Layman’s Terms episodes on iTunes, Stitcher and Google Play. A new episode is released every two weeks so sure to subscribe for automatic updates. Let’s connect on Twitter, Instagram and LinkedIn. If you’d like to share feedback or have an idea for a future guest, drop me a line at [email protected]