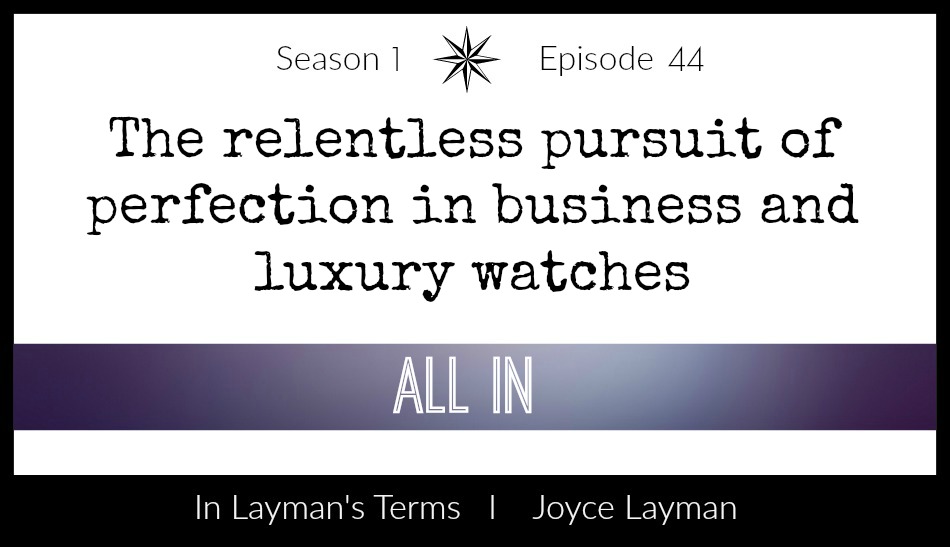 “To influence the future one must respect the past.” ~Michael Wilson

Niall luxury watch is a true Kansas City entrepreneurial story. Michael Wilson, the founder, will tell you starting his company is 2012 was not easy at all. He said in the beginning, Niall was rejected by the industry in a very abrupt and overt way. His goal was to produce the best timepieces possible that are true legacies to pass on to future generations. This is a testament to the quality and the relationships Michael and his team build with their customers and fans.

Just like the One.M carbon fiber watch and the custom Royal Blue created for Ned Yost, Niall watches are limited in production. Michael did this intentionally in his continuous pursuit of perfection and to be able to more easily flex to meet the needs of his clients. As a former Rolex owner, I appreciate quality but prefer a unique timepiece and based on the growth of the company, Niall’s clients feel the same.

In 2017, Niall’s sales increased 129 percent compared with the previous year. One of the reasons was launching their first women’s line. They also debuted in “The Fate of the Furious” movie. Kurt Russell, sported a Niall watch during the entire movieand actually looked at his wrist in a scene. Michael told me Niall can be spotted in the upcoming Avengers movie and you can find out who’s wearing it in the interview.

In this interview, Michael shares his philosophy and tactics to build a business that exceeds expectations.

You can listen to the episode here.

iTunes link: ALL IN

When asked for a favorite article or book, Michael mentioned Extreme Ownership: How U.S. Navy SEALs Lead and Win. He said it’s a must-read for anyone in business. He also mentioned Will Smith’s recent video on fault versus responsibility. It’s worth 3 minutes to watch! As for adding value, he asked for you to share the Niall story. You can do this via the Niall website at www.niallluxury.com as well as through their social media channels including Facebook, Twitter and Instagram. Of course, you can connect with Michael on LinkedIn.

For the rest of the In Layman’s Terms episodes go to iTunes, Stitcher and Google Play. Be sure to subscribe for automatic updates and thanks to everyone who’s left a review! You can find me on Twitter, Instagram, and LinkedIn or feel free to drop me a line at [email protected]