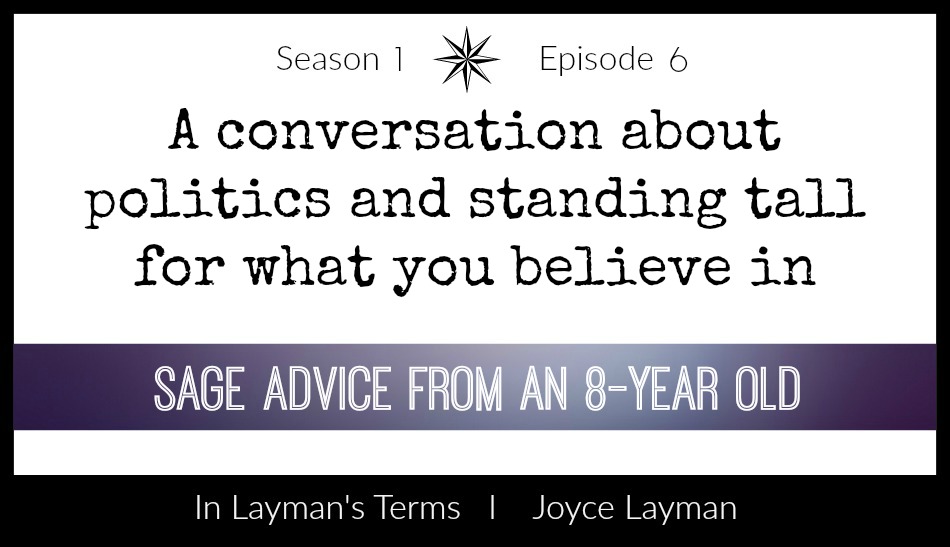 Please note the intent of this post is simply to introduce you to a girl who’s making her mark on the world. No matter which party you’re choosing to vote for (note I’m choosing to remain neutral), you’ll find the post and the podcast worth the time because it’s kids like Tina who are our future.

The words politically passionate typically aren’t used to describe an 8-year old, but that’s Tina Vierling. Her parents recognized they had an ‘awoke’ child when Tina began commenting on different injustices she was seeing in the news. She would rather spend time at a Republican & Democratic debate watch party than at home playing with Barbies. Add to that, rugby is her favorite sport and Time Magazine tops her list of favorite reads.

In the last year Tina has attended numerous political events including; the caucuses in Iowa, a lunch for Chelsea Clinton and Mayor Sly James as well as private fundraisers. She already has three career paths in mind, one of them being the future VPOTUS. This young lady is making her mark on the world!

I’ve interviewed some amazing individuals on prior episodes of my podcast, and was delighted when Tina said yes to being on In Layman’s Terms. She shares advice we can learn from – no matter our age.

Listen below or go to iTunes for to download and get automatic updates.

Be sure to follow Tina on Twitter @ThoughtsOfTina for her latest updates and political adventures. Thanks to the help of her mom, you can also find her on LinkedIn. Jason Kander, Missouri Secretary of State, was the first to send her an invitation to connect. Of course you’ll want to send a customized invitation letting her know you heard her story on the podcast.

In Layman’s Terms hit New & Noteworthy on iTunes just two weeks after launch. We have a stellar lineup of guests so be sure to subscribe to get the latest episodes automatically.

Stay tuned for episode 7 – Don’t Put the Cart Before the Horse. It’s a ‘how to’ episode with data driven marketing expert, Jessica Best.