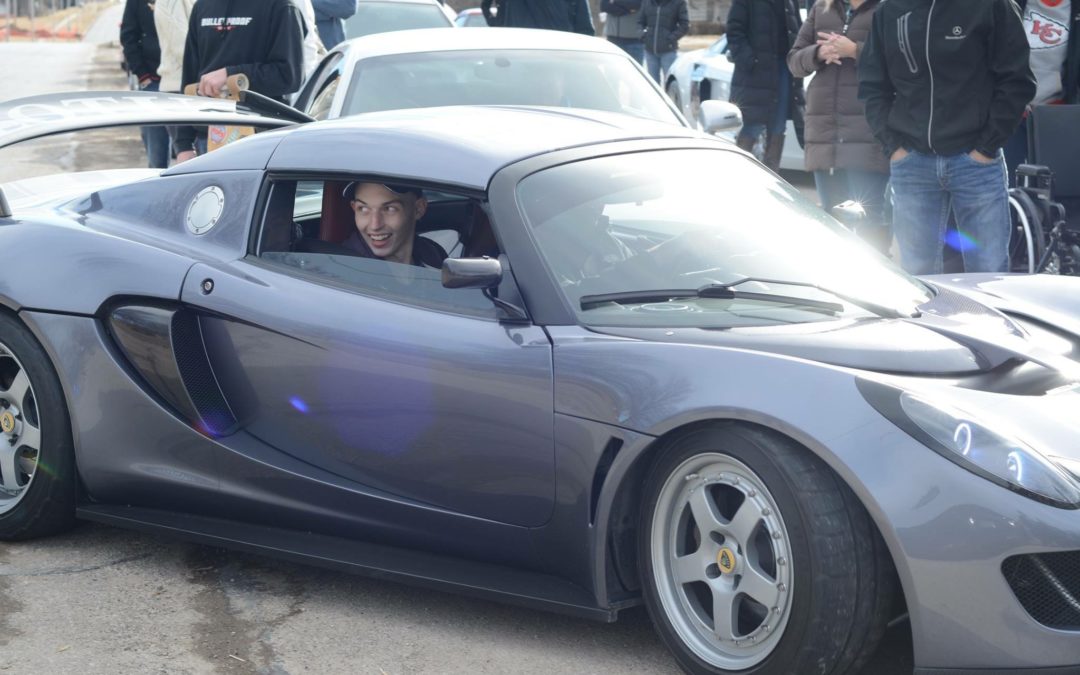 The Real Power of Relationships

Saturday night I was out with a friend to watch the NFL Playoff game and did a quick check for emails on my way to the ladies room. My friend Michael had sent me the following…

“Hello Joyce, hope you’re doing well. I have a question for you but I’m only asking because I know you have many friends/contacts. We found out this week that our 17-year-old son has NUT Midline Carcinoma. There are only 100 documented cases in the world and unfortunately, there’s no cure. They’re giving him 4-6 months. He has always wanted to ride in an exotic car. His favorite for some reason is a Maserati. Would you happen to know anybody who owns such an auto and if so do you think I could hire them to drive Noah around for a while once they have his pain under control?

Please don’t spend any time on this. You came to mind so I thought I’d ask. Thanks so much!”

Michael and I are Facebook friends so I’d seen the photo of him next to his son who was lying in a hospital bed but hadn’t heard the latest news. My heart sank. I’ve lost both of my parents but can’t fathom what it feels like knowing your son is going to die. I immediately forwarded the email to a business associate who happens to be a fellow car enthusiast asking “Can you help me with this???”

Angel (very appropriate) was traveling overseas on business but in less than 30 minutes sent me a reply. “Consider it done. I get back on Tuesday and we can plan…”

This is the real power of relationships.

Too often people equate networking to a ‘business thing’ instead of seeing the power of connecting with people in general. I met Angel at a Cars & Coffee event last September. It was easy to see in a very short time that he too focuses on building and cultivating great relationships. The car community in Kansas City is made up of great people and Angel more than delivered on his promise. As of Tuesday evening the 17th, there were four Maserati owners on stand-by along with several other owners of exotic cars who offered their cars as well. Little did I know our meeting would lead to asking for his help to make a dying teenager’s wish come true. When Noah is out of the hospital and feeling up to it, they’ll be by to pick him up and take him on that ride…..and knowing the car community as I do, he’ll have a small fleet of exotic and muscle cars following him!

The next time you’re at a business event, sporting match or even the grocery store for that matter, consider that every connection you make could open a world of possibilities for yourself or someone else. Connect with the mindset of giving first and know it will be repaid in ways you never imagined.

And if you believe in the power of prayer, please say a prayer for Noah and his family…  #noahstrong #faithoverfear

All of the car owners waited patiently why Noah took a ride and then made his next choice. The owner of the Lamborghini drove from Topeka just to be part of his ride.

His mom shared this on his Caring Bridge page: Noah rode in a Maserati – which is still his favorite car, a yellow Lamborghini – which he said was amazing, a Nissan GTR which he said kicks you in the back of the head, a Viper – which has amazing thrust and a gorgeous growl, a Lotus – which felt like the world’s fastest go-cart, a gorgeous Corvette convertible, and a red Ferrari which ended up racing one of the Maserati’s for a while. All the drivers were so kind. Noah says one of the cars hit 145 going uphill towards our house! Each time Noah exited a car, he was smiling so big his ears moved!

Grab it for FREE! 30 Irresistible Lead Magnets Your Audience Will Actually Want To Sign Up For + a Canva template to create your own!